Warning: A non-numeric value encountered in /nfs/c11/h04/mnt/196004/domains/changeville.us/html/wp-content/themes/Divi/functions.php on line 5501

When powerhouse singer Brenda Radney joined The Sh-Booms in 2015, the band’s course was locked, their date with destiny set. She was signed to Justin Timberlake’s Tennman label, even appearing on his album, The 20/20 Experience, Pt. 2. But after clicking with band leader Al Ruiz while recording separately in the same studio, she jumped aboard The Sh-Booms to turn this train into a true locomotive. After the release of their 2016 Usage Fee EP and a countless number of shows in the Southeast, the 10 songs along The Blurred Odyssey were produced by Grammy-nominated Alan Armitage (AA Villain) over an 18-month span that cemented the band as a tight-knit unit. That chemistry achieved is where The Sh-Booms are now, and The Blurred Odyssey is their testament. 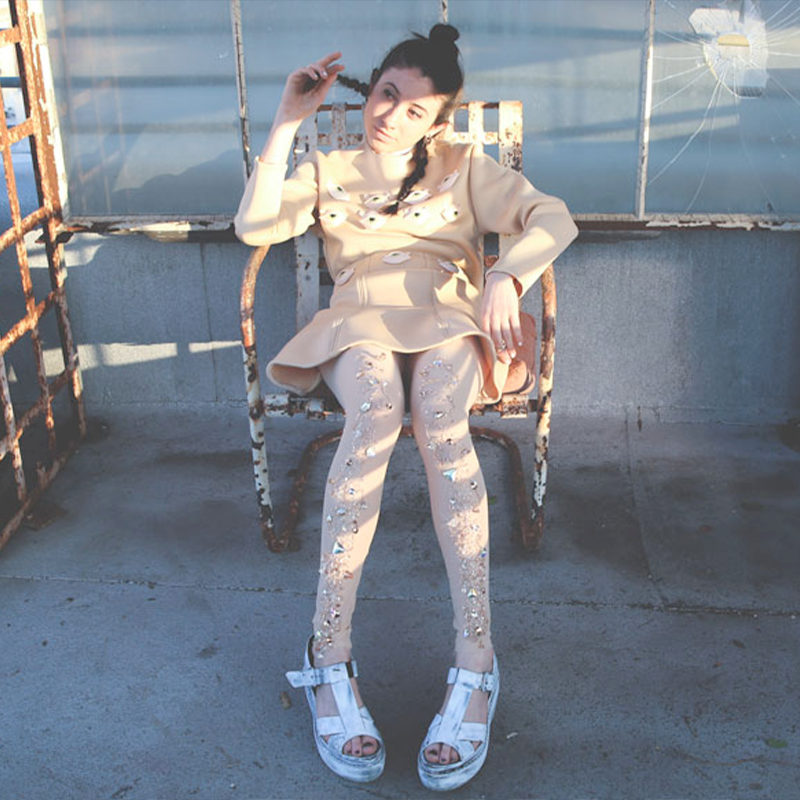 Nicole Miglis is often recognized as the vocalist for Hundred Waters, but is paving a separate path of dreamy, controlled chaos with her solo project, Batry Powr. With a name that acknowledges the battery-powered synthesizers and drum machines that Miglis shares the stage with, Batry Powr successfully and unavoidably evokes emotions of melancholic sentimentality and ever-present yearning. 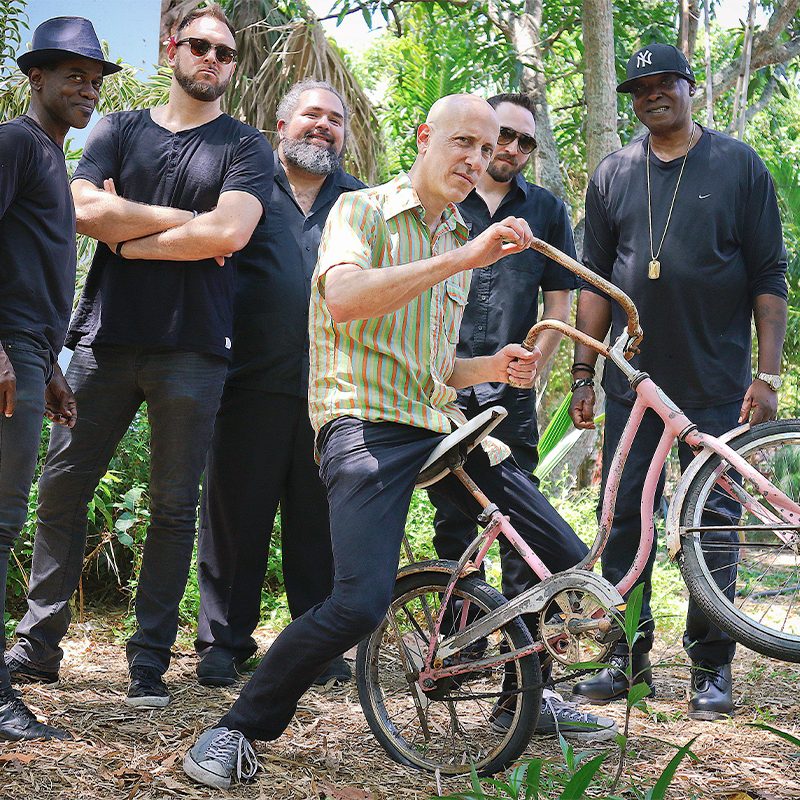 Spam Allstars have been at it for 20+ years. What began as DJ gigs with some added instruments and special fx between tours as a guitar player, DJ Le Spam will be the first to say he never anticipated this evolution of the band. The early days included hilarious spoken word records, mixed with a variety of instruments, and the lovely scent of Spam frying live on stage as a special snack to share with his non-vegan guests. Two decades later this band has a core group of musicians that have been performing an average of 150 shows per year, across the US and some very special trips to Europe, Canada, South America and South Africa. They held a weekly residency at the legendary Little Havana club called Hoy Como Ayer every Thursday for 15 years which attracted every from Good Morning America to the NY Times, a variety of celebrity appearances, and numerous musical special guests sitting in. This is where the band has shed the most and forged what many have called a new Miami sound. The band describes it as an electronic descarga…a jam session if you will…because in the beginning it was completely improvisational. As time has passed the songs have evolved, recordings have been captured, and the sound took on a different form which is a distinct blend of Latin, funk, and electronic music. This electronic descarga is a reflection of the musicians and their cultures, training, and musical influences. 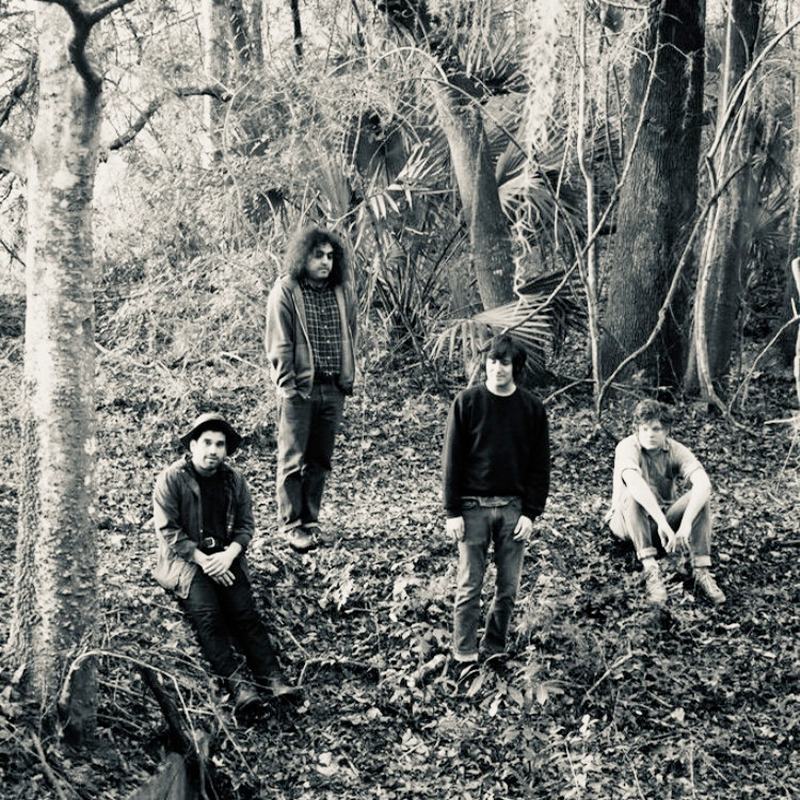 These up-and-coming Gainesville locals are both trance-like and transportative. Their sound combines driving rhythms with unique, melodic lead parts, and accompanying 80’s influenced vocals that give birth to the retro sound of your dreams. 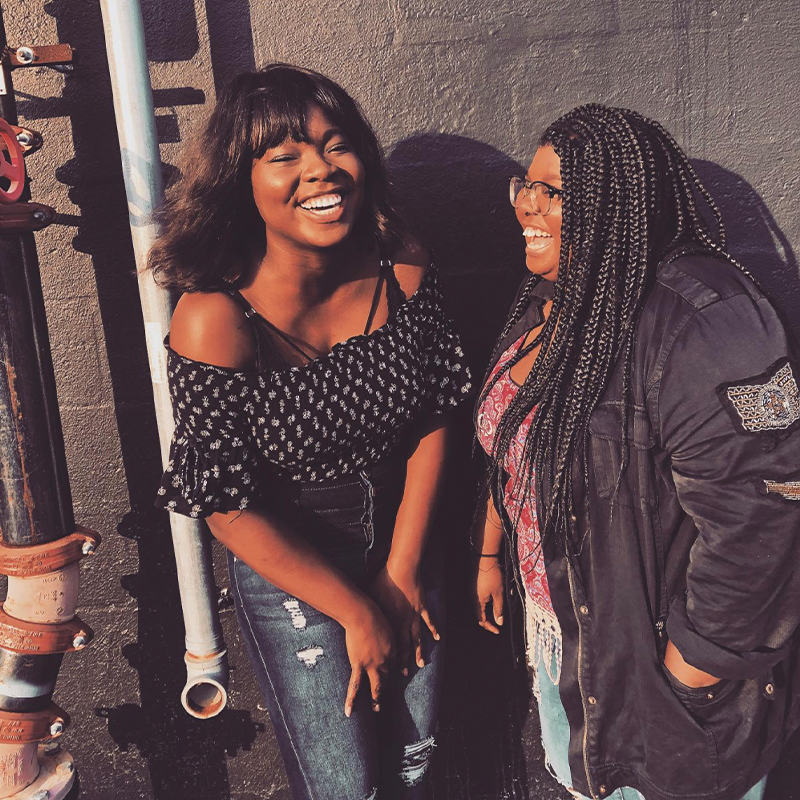 “Sweeping, graceful, ratifying – the waters break gently over the shore breakers, as a heart is broken into pieces. But it rises like a phoenix, as the driving guitar and piano chords drape over and caress in empathy. Look for more from this fab offering.” -CHF Staff 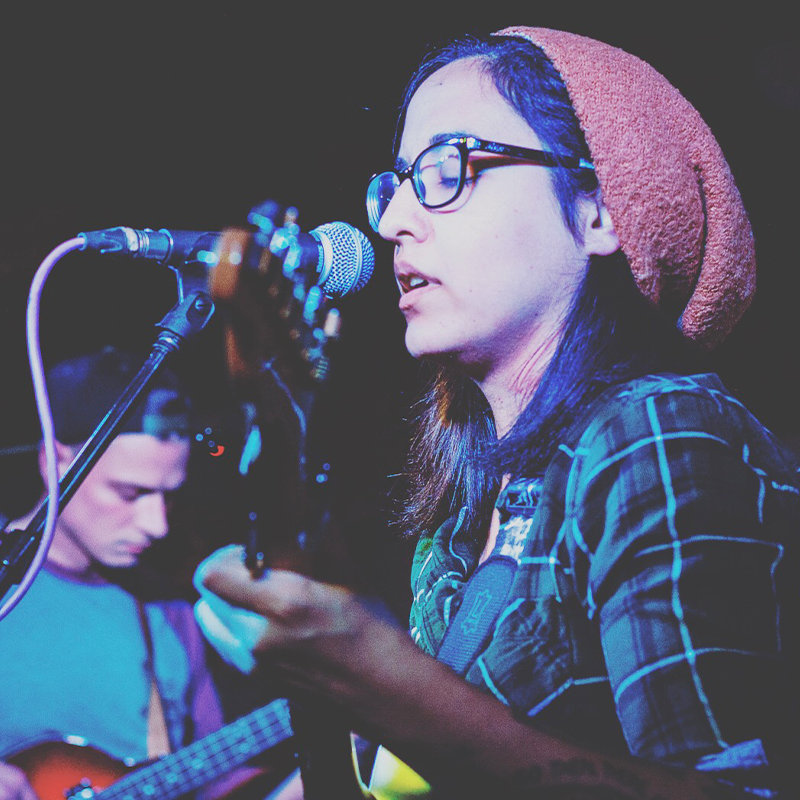 Katy Deitz describes her music as “bedroom pop for the sad bop,” but one quick listen will prove it to be so much more than that. With unique vocals that demand the attention of the audience and can be described as a coalescence of attributes from Florence Welch and Alanis Morisette, these lyrics and melodies are sure to find themselves echoing in your heart and mind long after your listen is over. 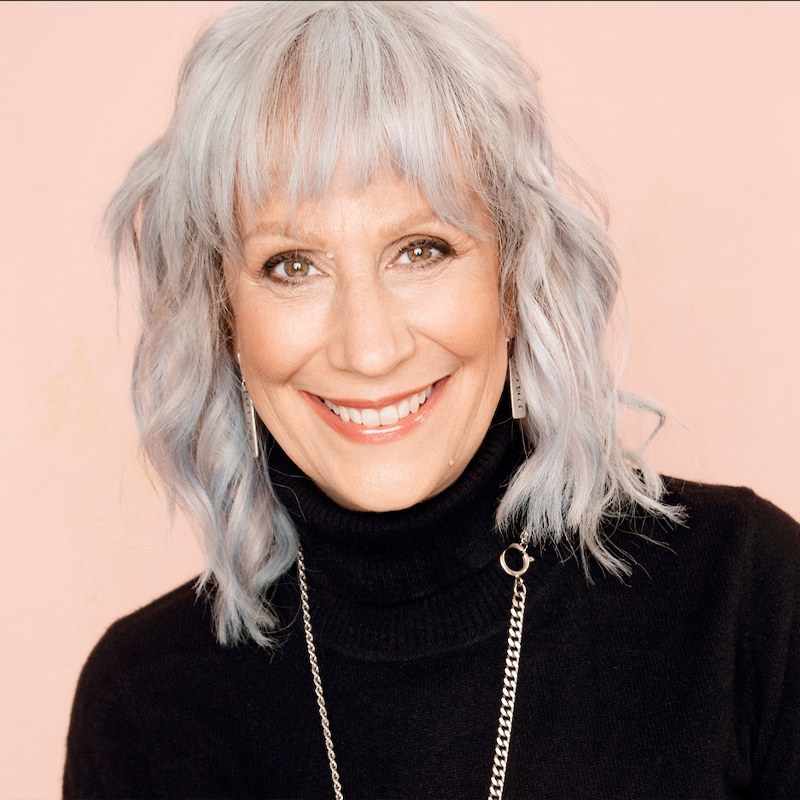 Lizz Winstead has used her political wit to make a name for herself as one of the top political satirists in America. She is the co-creator and former head writer for The Daily Show, as well as the co-founder for Air America Radio. She has helped change the very landscape of how people get their news, and her reach goes far beyond her behind-the-scenes work. Alongside writing, Winstead has appeared as a correspondent for The Daily Show and has also hosted shows like Unfiltered on Air America Radio.

Winstead also gives back. Her previous tours have benefitted Planned Parenthood and NARAL, raising over 2 million dollars. As of late, Winstead has started a nonprofit reproductive rights organization called  Lady Parts Justice League. Winstead has gathered a team of fellow comedic writers creating content to engage audiences and raise awareness on the latest news concerning abortion laws and clinics. Winstead reported to Newsweek that Lady Parts Justice League “will do everything from replanting gardens” to revamping the entire reception area to taking employees out to dinner at any given clinic. 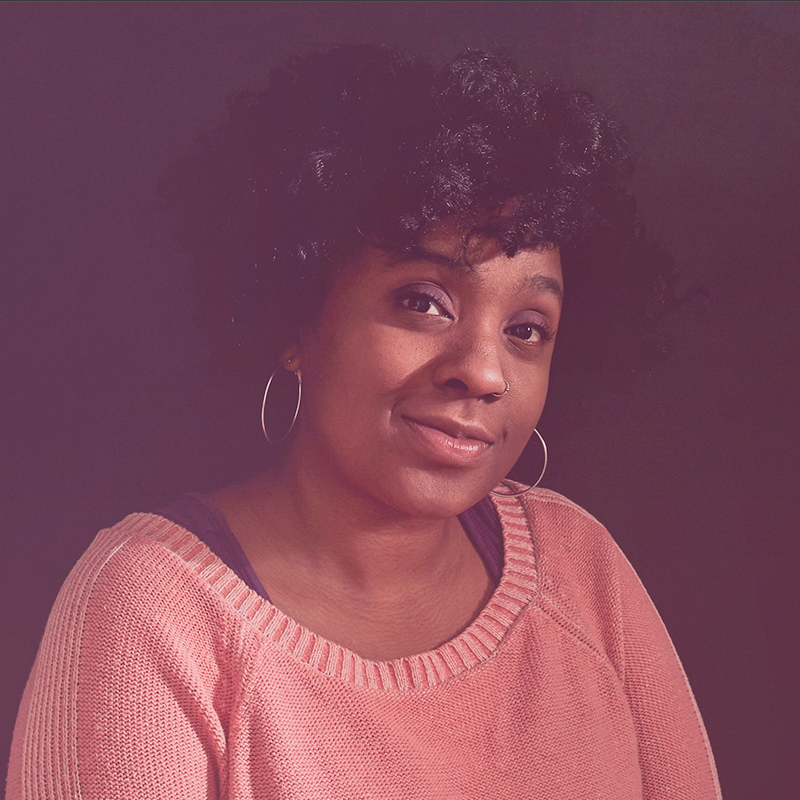 Chanel Ali is a standup comedian who blossomed on the Philadelphia circuit before moving to New York City in 2015. Her stage presence and story teller style make her a crowd favorite as she covers her upbringing, her world view and life as a comedian who doubles as a polite person in real life.  She was been featured on the following shows: 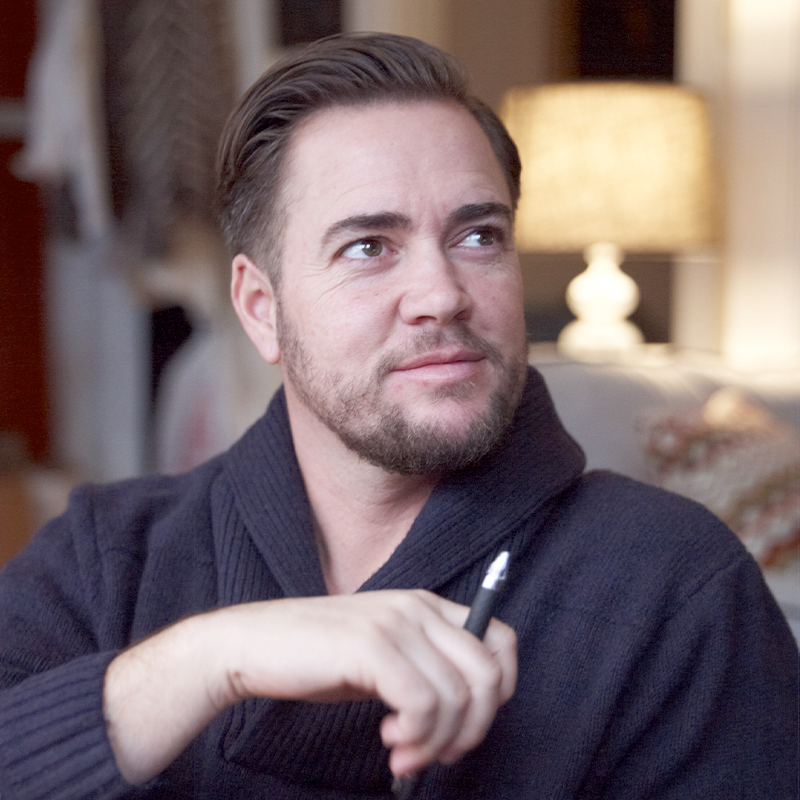 Ian made his acting debut as “Dale” in the critically acclaimed, Golden Globe and Emmy Award winning TV series TRANSPARENT on Amazon. You may have also seen Ian guest starring as “Bud” on the return season of NBC’s WILL & GRACE, ”Michael” on the ABC soapy, nighttime drama, MISTRESSES; as “Chris” on FREEFORM’s hilarious, millennial sitcom YOUNG AND HUNGRY; and as himself on COMEDY CENTRAL’s THE NIGHTLY SHOW WITH LARRY WILMORE, and much more.